Not only does efficient tool management save on tool costs, it also speeds up NC programming and reduces running-in times, provided that the CAM programmers have access to the actual tool data. For this reason, Bombardier Transportation, at its Netphen site in Germany, where it manufactures running frames and bogies for rail vehicles, has developed an integration solution consisting of Missler software’s TopSolid'Cam and the Tool Management Solutions from Zoller. 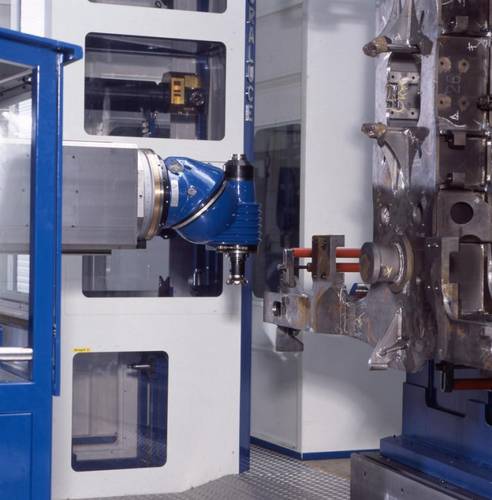 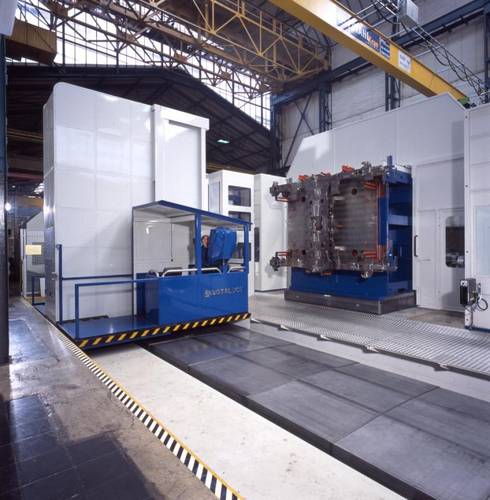 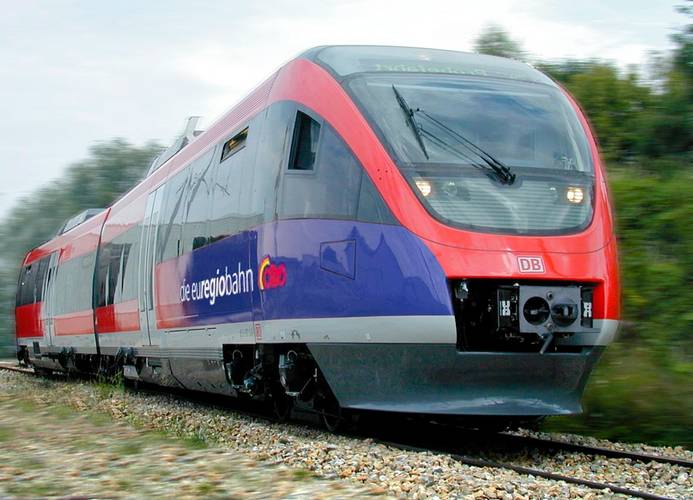 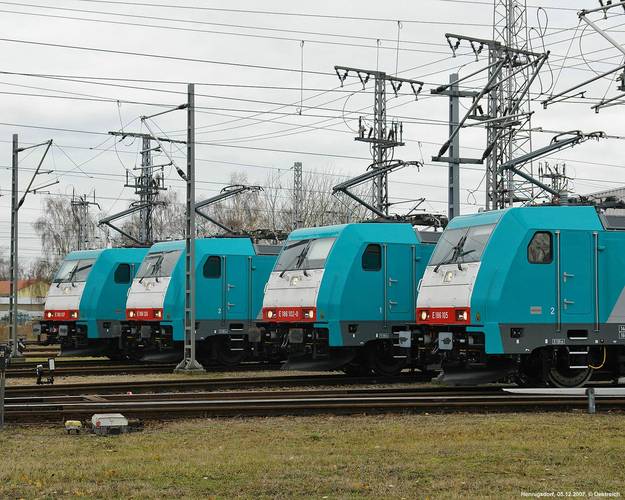 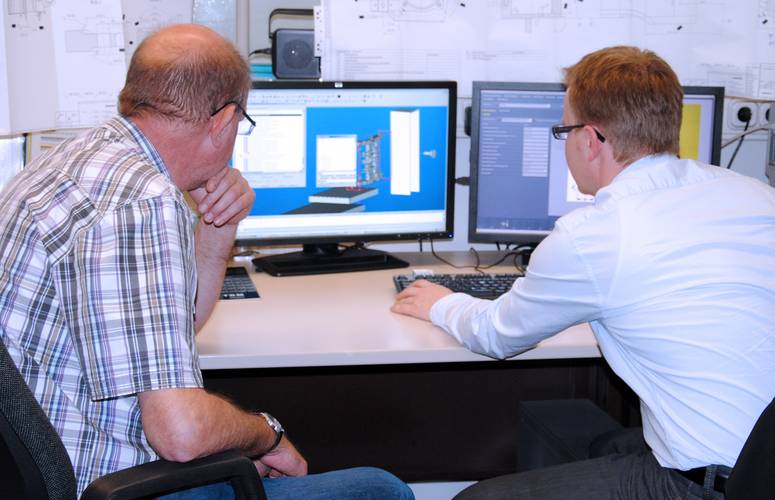 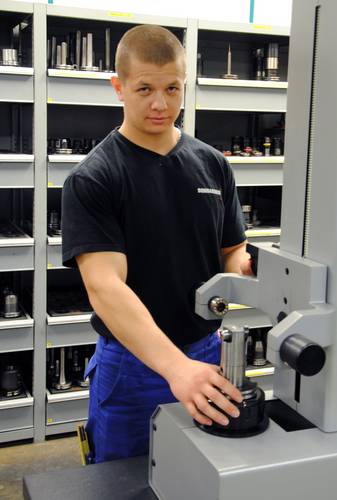 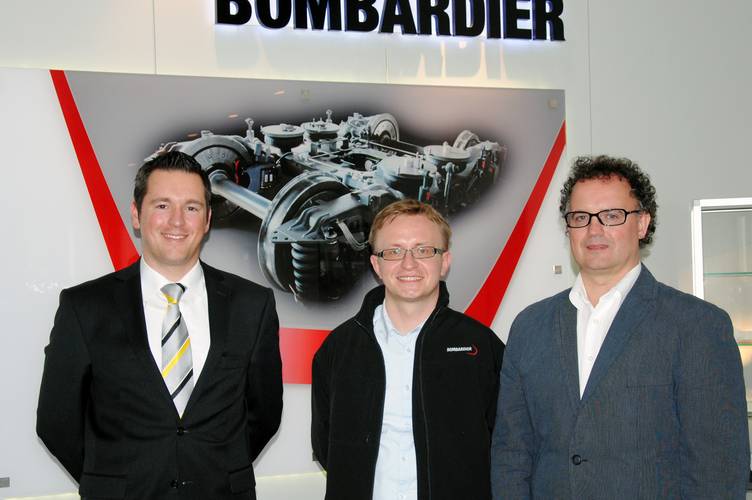 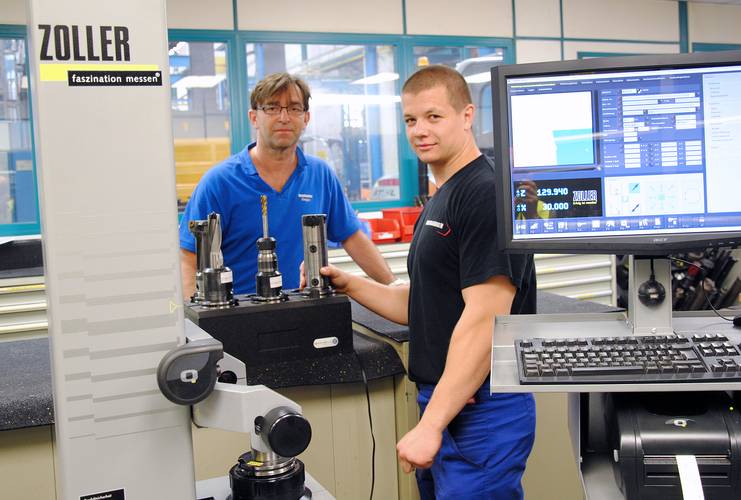 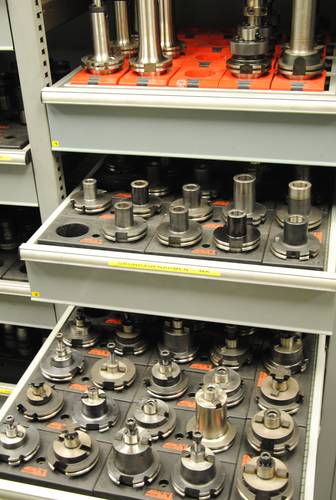 With over 36,000 employees and 62 sites in 25 countries, Bombardier Transportation is the world's largest manufacturer of rail transport technology. The heart of rail technology beats in Germany, where the division of the Canadian corporation has its HQ. The Netphen factory manufactures running gear and bogies for all kinds of rail vehicles, from trams to high-speed trains, and not just its own trains, either. For example, Bombardier Transportation is supplying trailer bogies for the next ICE generation high-speed train to Siemens Mobility.

Between 2500 and 3000 running frames and bogies of different types are machined, painted and assembled in Netphen per year. Regardless of the economic crisis, the work volume has increased in recent years, so that that the factory's 700 or so employees are kept extremely busy. The increasing workload could not be accommodated through the procurement of new machines and tools alone; the company also had to improve its productivity, and reduce the relatively long downtimes for machine tool changes and the running-in of new NC programs. The prerequisite for this was the introduction of a modern 3D-CAM system, and in early 2011 company Moldtech installed the first TopSolid workstations in Netphen.

This meant extra work for the tool-setting colleagues, who had to put together the complete tools based on the rough tool list and the drawings. Often, it only became apparent when running in the NC programs that they were a little too short or too long, and had to be modified once again.

Alongside a 3D-CAM system, the users in Netphen therefore urgently needed integrated tool management with the possibility of accessing the real tool data during CAM programming. The new solution should, however, not only support the CAM programming, but also the administration of the tool stock and the storage location, as well as the ordering process. It should also be able to communicate with the measurement system.

"What we wanted was a one-stop solution", says CAM programmer, Damian Sakwerda. "Since we'd already been working for a long time with a Zoller presetting machine, we chose to procure a new machine along with the Zoller Tool Management Solutions."

A significant benefit of the Tool Management Solutions is that, instead of several databases in the company, there is just one source for all tool data in which, thanks to the integration of the presetting machine, the actual measurement values can also be determined. This is important, among other things, because the tools sometimes have to be reground, meaning that diameter and length may vary somewhat.

The database contains all the necessary information for the machining, which to some extent can be generated at the push of a button. Not only does this save time, but it also ensures that when preparing tools fewer errors are made, a fact unanimously endorsed by Rüdiger Hof and Sergej Ponomarenko, toolsetters.

The Zoller Tool Management Solutions are a modular suite which manages not only the technical characteristics and technology data of tools and components but also their storage location. This does away with the time-consuming search for tools in the company, offering better availability and reducing the requisite tool stock.

It is indeed vital to know how many tools are needed, and where they can be found, because in the Netphen works a great many different tools are deployed, and their circuits are sometimes tortuous, leading from the warehouse through presetting in the interim storage facility and magazines to the machines, between which they are often still swapped.

There are currently around 2500 complete tools in circulation - 1200 alone for the four Bimatec Soraluce boring-milling machines - often with several copies, for added security. Mr Kringe estimates that the tool costs, with the aid of the Zoller software, can be reduced by 25%; they currently stand at approximately €200,000 per year.

The possibility to integrate TopSolid'Cam and the Zoller Tool Management Solutions was an important reason for deciding in favour of Missler software, but not the only one. All told, four CAM systems were shortlisted, which were tested against one another using an identical workpiece. TopSolid'Cam proved its worth through its easy operability, the comprehensive functions for the import and processing of 3D models from third-party systems (the bogies are modelled in Catia), the clear representation of the machining operations and, above all, the efficient simulation functions in the context of the machine environment.

What was also decisive was finding a competent partner for implementation, (re-)training and support for the CAM solution in the shape of Moldtech. "Thanks to the excellent support from Moldtech, the switch to 3D was really easy for us", Mr. Sakwerda says.

In conjunction with Zoller, Moldtech programmed the bidirectional interface between the CAM and tool management systems. The CAM programmers enter the desired technical characteristics and properties in TopSolid'Cam and access the tool data directly in the Tool Management Solution. This makes their work easier and, above all, improves the reliability of the NC programs.

In order to be able to use the tools for CAM programming simulation, 3D models are of course required. They are usually constructed using the technical characteristics as a bounding geometry and made available to the CAM system, but can also be generated manually for complex contours and filed in the tool database. There is also the possibility of importing 3D models from manufacturer catalogues in neutral formats.

The list of tools used for the NC programming can be transferred to tool management and used directly for the generation of the tooling sheets, thereby significantly reducing the tool setting workload.

Moldtech not only takes care of the programming of the tool management interface, but also the link to the machinery pool. What was particularly challenging was the support for the relatively complex Bimatec Soraluce boring-milling machines, which are fitted out with interchangeable heads. Depending on the surfaces to be machined on the frames, the tools can be deployed with a rigid head, a crosshead or a swivelling orthogonal head.

Since the machining with TopSolid'Cam is programmed in the virtual machine environment, the kinematics of the interchangeable heads, with their degrees of freedom, can be reliably simulated and correctly translated into machine language. Moldtech furnished the kinematically prepared machine models together with the postprocessors.

Bombardier Transportation has unified the machining on the different-sized boring-milling machines to such an extent that they manage to get by with just one post processor. Adapting and optimising this took a little time, since Moldtech had to map not only machine-specific functions but also some company-specific machining cycles.

For recurring tool paths, for example, the CAM programmers have for some time been using the subroutine technique that needed to be made available in the new environment: "Operations such as face milling, multipass milling or trimming are configured as subroutines that can be used recurrently with different depths of cut," Mr Sakwerda goes on to say. One of the advantages of this is that the NC programs are relatively lean, and can be run-in more quickly.

The milling and boring of a complete welded frame can take up to 22 hours, depending on the complexity. It is therefore easy to imagine how much time it takes to run in an entirely new NC program step-by-step. Mr Kringe estimates that the running-in times for the machining of a new workpiece have been reduced by up to 50%.

Thanks to the high-performance simulation functions of the CAM solution, the programmers are capable of detecting possible collisions on the computer, for reinforced security. They can also simulate the approach and retract paths, and optimise them in terms of the machine running time.

The savings made on the running-in derive above all from the fact that fewer programming errors are discovered on the machine, and need to be eliminated. Thanks to the excellent integration of TopSolid’Cam and tool management, the time spent on setting up and swapping tools has also been reduced, since the Zoller Tool Management Solutions know which tools are already available on a given machine.

In practice this means that it no longer takes four or five hours to switch over the machining of a particular workplace to another machine, but just two or three hours. "Thanks to the 3D programming and integrated tool management, we have become considerably more productive in our machining", stresses Mr Sakwerda, in conclusion. Rüdiger Hof, from tool setting, adds for his part: "Today we are considerably more relaxed in our work since, thanks to Zoller and TopSolid’Cam, we can really succeed in eliminating errors."