VUE & SEMMIP is a group of close-fitting family companies whose activity has been focused on aeronautical customers from the very outset. In 1971, Mr. Vue founded the company of the same name in Sannois, France with no more than a single, traditional grinding machine. The company then relocated to Le Plessis Bouchard and Semmip was founded, with a closer focus on precision micromechanics. In 1984, when the company had 12 employees, a new workshop was built on the same premises and the first numerical machining system was acquired, followed by a dual-spindle HARDINGE QUEST65 SP lathe. 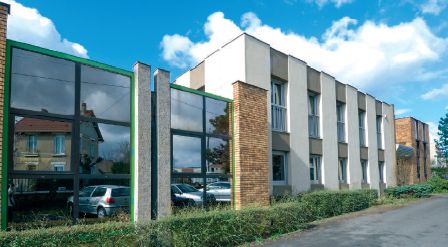 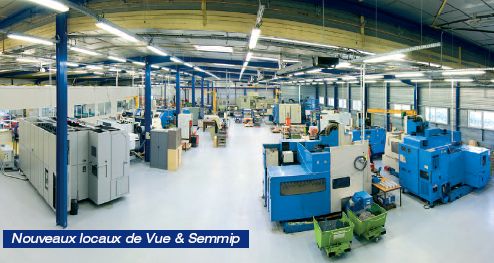 Both companies gradually grew and, by 1990, employed 35 people and obtained RAQ3 certification in 1983. In 1997, ERPRO was founded, focusing on the development of prototypes by powder sintering. In 1999, the first MCM MP4 high-speed machining center arrived and in 2007, all of the companies, which were expanding strongly, moved to a new, modern industrial building in the industrial park in Saint-Leu-la-Forêt, France. At the same time, the companies were ISO 9002 EN 9100 and PART 21G certified. The most important means of production include the palletized MITSUI SEIKI HU63A-5X 5-spindle high-speed system, a palletized three-dimensional measuring center and two-spindle lathes with a robotic grinding unit and a MORI SEIKi NT4000DCGa lathe with five continuous axes.

The aerospace fabric in the greater Paris region includes several other top-level subcontractors, such as Vue & Semmip, with its managers and operators who are all passionately interested by this field of activity.

Just like many other subcontractors, Semmip & Vue has adapted to the demand by proposing complete tools that cover crimping, riveting, lapping and heat treatment operations, and even painting, for which it has been certified. A 300 m2 assembly room is dedicated to this activity.

Long-standing customers include EUROCOPTER and DASSAULT, plus many more, who are increasingly working with Semmip & Vue. M.Vue is looking to diversify in the field of high added-value parts, as part of PART 21, and in 500 mm diameter capacity for 900 x 900 mm. Exhibiting at the Le Bourget air show was an important decision for this level 1 supplier, offering an invaluable means of raising its profile in the eyes of important buyers. The company now has 47 employees and operates two 8-hour shifts, occasionally calling on a ghost team. 25 people work in production and there are three operators in production engineering, three controllers, three sales reps, plus the administrative and financial staff.

The company has also automated all its control operations, faced with the need to make increasingly complex and precise parts, as part of series production or individually, while keeping costs under control. The tool paths are programmed in-house.

A center of excellence in CAD/CAM with TopSolid’Cam

Vue used to use GOelan, before switching to TopSolid when the Mitsui Seiki system came on line, followed by the 4-axis MCM. While certain files are still received in wired form, most of the CAD-CAM models can now be used directly for DTP. Note that the tool files are also in the same environment, a fact that is very useful for the programmers. Following definition and validation, the machining procedures are frozen, including the tools, machines and lubricant. The TopSolid’Cam simulation suits the operators perfectly and in particular its excellent management of surface conditions.

On each machine, an onboard RENISHAW sensor controls the roughs, the remaining material and the critical operations, while a tool breakage detector is used to call on a fellow tool in the event of a problem. And this is all done transparently as part of the TopSolid process. The programs can be sent to the machines, and the installed base and processes can be managed in real time over the intranet.

What the programmers like about TopSolid’Cam, is the fact that they can work in two to five axes and they are not obliged to remain in 3D. The link with Excel is used for management purposes. Some prost-processors still need to be fine-tuned for the rarer machines in order to fully optimize the process. HEIDENHAIN is valued for its specialization in the parts machined at Vue & Semmip. The Missler Software after-sales service sets the standard in terms of availability and specific developments.