At the age of 34, Fabien Biau has become the youngest “Best Craftsman in France” in this demanding and prestigious industry sector. With specialist help from TopSolid’s regional branch, he used TopSolid’Design to design a highly complex helix cyclone. 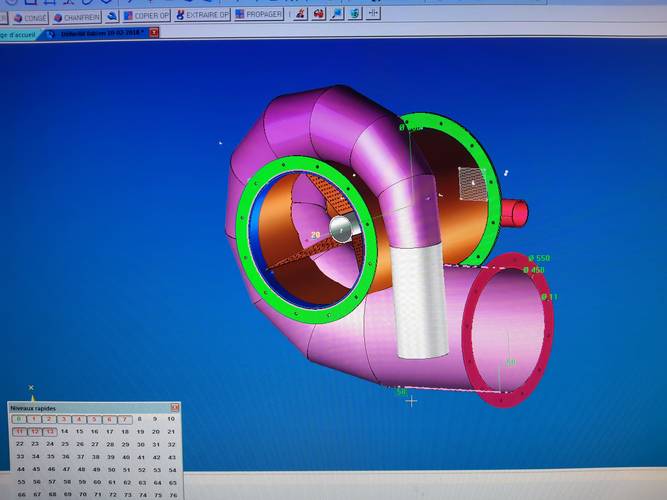 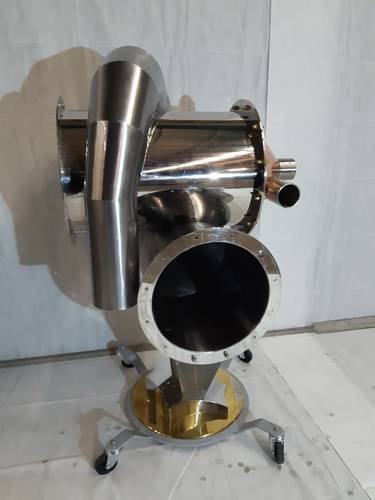 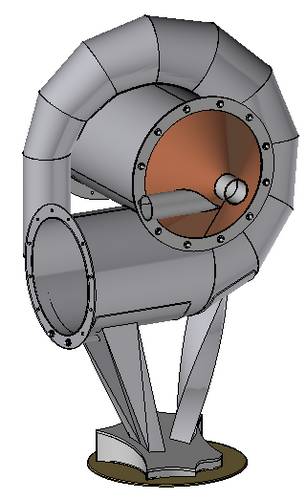 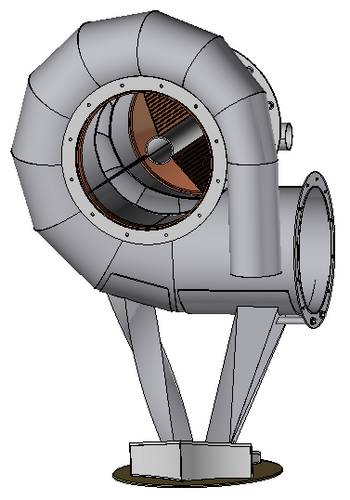 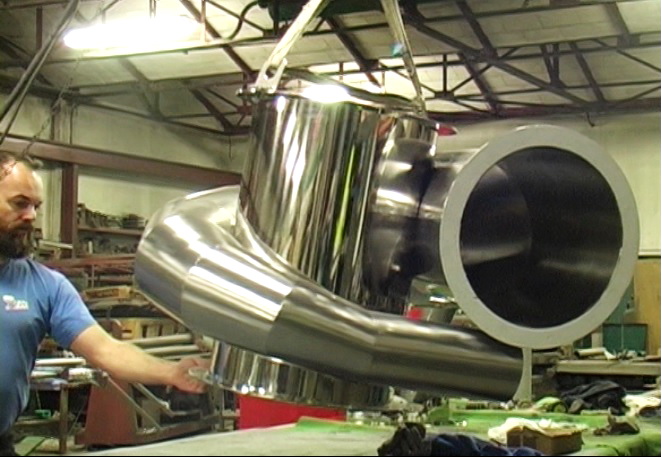 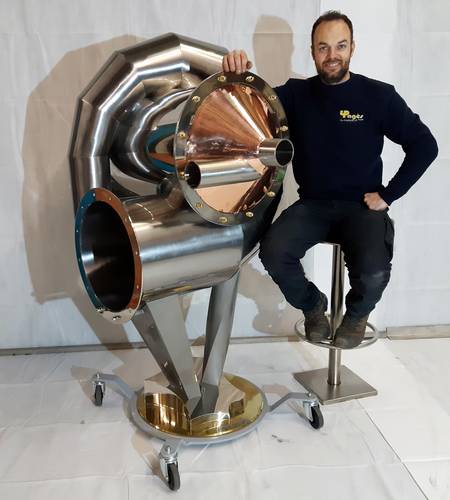 It’s big news in Saint-Amans-Soult, in the South of France. Fabien Biau, local lad and workshop manager at Pagès Inox, was awarded the title of Best Craftsman in France 2019. A success story for this golden boy, who worked his way up the ranks through all the stages of training to make his dream reality. “Even from a young age, I was fascinated by anything industrial,” he reminisces. “So it was a natural decision for me to do a CAP-BEP in metal fabrication, followed by a Professional Baccalaureate in 2003, a BTS in 2005 and, soon after, a professional degree and IWT at the University of Nîmes.”

This advocate of a job well done likes to push himself, much like a top athlete, to conquer the toughest challenges. Taking part in Meilleur Apprenti de France (Best Apprentice of France) and WorldSkills France allowed him to hone his skills. The next leap, encouraged by his wife and two young children, would be to sign up in 2017 for the ultimate contest, the 26th Meilleur Ouvrier de France (Best Craftsman in France) competition. “At the age of 34, with 18 years of experience in industrial metal fabrication, I was the youngest contestant. I suppose it was the Holy Grail for me, both technologically and on a personal level,” Biau humbly explains. “I was put through several grueling selection rounds and had to pitch myself against no fewer than 200 competitors.” It all began to settle into place in October 2017, when this tireless worker from this unique industry made it through the qualifying stages in Caen with 12 other candidates. Only four of them would be selected for the finals, one of which being Fabien Biau of course.

And it all took off from there. In January 2018 he received the specifications of this exceptional competition. “I had until October to design and fabricate a helix cyclone diffuser, a very complex part used in air purification,” says the specialist. “Fortunately, I received plenty of help to accomplish this task, which required no less than 850 hours of work. In the workshop, at home, in the evening, at the weekend, during the holidays... thanks to the unwavering and precious support of my family, my employer Xavier Pagès, along with his father Pierre Pagès, who let me use the workshop and shot a video, I was able to achieve my dream.”

Fabien Biau remains grounded. “None of this would have been possible without the personal support and technical expertise of Nicolas Massol, CAD specialist from TopSolid’s South-West France branch, particularly for the sheet metal aspects,” insists the MOF winner. “I had used TopSolid’Design software before, but I needed to do some extra training on it to be able to successfully design something as complex as this cyclone,” he continues. “So for several weeks this specialist helped me to put together a 3D model of its various components to the very last detail. Being able to see the parts in 3D space, analyze the different intersections, fine-tune the volume and surface design, etc. All of these processes provided by TopSolid’Design and TopSolid’Sheetmetal software were a great help in the design and fabrication of the cyclone. After all, it would have been virtually impossible to accurately produce the technical drawings by hand.”

As a result, in early December 2018, Fabien Biau was able to deliver his cyclone on time at Lycée Gustave Eiffel in Varennes-sur-Seine, near Paris. Work that was submitted a week later to a jury of experts. After a two-week wait that felt like an eternity, the jury’s verdict came in: Fabien Biau was the sole winner of the Meilleur Ouvrier de France 2019 competition in the metal fabrication category. He has been invited to Sorbonne University for the award ceremony in May 2019 and will receive his medal with its tricolor ribbon and his “MOF”-branded shirt. “I will wear them with pride during the official ceremony to be held at the Élysée Palace in Paris next July,” enthuses Fabien Biau. The cyclone will be shown at various events such as the national exhibition (Exposition nationale du travail) and other shows and fairs dedicated to industrial trades. However, there remains another important duty close to his heart. “I will encourage young people to choose this leading career path that will never be without professional opportunities,” he concludes.