Design, mold creation and manufacturing at Takahata Seiko with TopSolid. Founded in 1929 as a manufacture of water meter parts. Takahata began its injection molding business in 1963 and built the Kofu plant in the Yamanashi prefecture the next year. In addition to the high precision gears, the company expanded its business into various fields such as OA equipments, electronic equipments, automobiles, cameras, optoelectronics, household electronics, and household appliances. Company Headquarters is in Tokyo. The company has 4 plants in Japan and 10 plants outside the country. Sales Revenue: 22.2 billion yen (as of fiscal year 2005 ended in March). 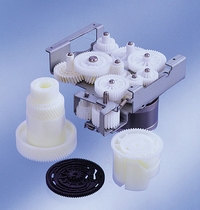 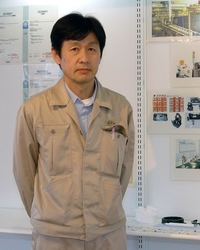 “Always provide best ideas for our clients” is TAKAHATA SEIKO’s mantra, and based on this, they have laid out an integrated operating system of development, designing, machining and assembling. This operating system has been put in place to achieve low-cost product development while ensuring product safety and quality (less customer complaints) and increasing development speed.
Because the products Takahata Seiko handles require precision machining, TAKAHATA SEIKO carries out its own injection molding internally and tries to achieve optimization of each technology involving resin material, mold and injection molding. In mold machining, engineers who hold various nationally certified skills have a full command of numerous machine tools such as machining centers, EDM machines and wire cutters.

In order to create products that meet the market’s demands fast, TAKAHATA SEIKO installed 2D CAD in 1987, and by 1999, the company began reviewing new systems and investigating the transfer to 3D. At this time Takahata had been proposed a high-end CAD system at a very competitive price. However, the company opted for TopSolid’s unique integrated CAD/CAM software in November 1999.

A determining factor in choosing TopSolid was the support and training provided by the Japanese TopSolid VAR, KODAMA Corporation. A reliable support system was essential for Takahata Seiko, so that employees would be up to speed as quickly as possible. “KODAMA Corporation designed and manufactured parts right in front of our eyes and made suggestions for a series of requests from mold designers at the benchmark when we were considering purchasing TopSolid,” says Mr. Shouji Toshima, Director of Engineering Division. “We were truly very impressed by the presentation and support provided by Kodama.”

In Takahata Seiko’s case installations were made in all departments at the same time. By reformulating the entire system by using TopSolid the company was able to directly connect all operations from part & mold design, creation of machining data to the creation of drawings directly and without converting data, thereby reducing time used from product development to mass production substantially.
Furthermore, because the product data during the development becomes the integrated database that each operation will utilize, in combination with the data construction of the “1 file, multiple components” concept, it facilitated communications between personnel responsible for each operation, which helped reduce designing errors and improve quality.

By being able to quickly repeat prototyping, evaluation, analysis, it also is contributing to create a fast decision making organization. Currently Takahata Seiko is equipped with 15 TopSolid’Design, 10 TopSolid’Mold and 2 TopSolid’Cam.