Whether underground or at lofty heights, the gear drives of Wolfgang Preinfalk GmbH provide customers in mining, energy technology and other industrial branches with the optimal gear ratios for their particular applications, thanks to gearboxes that are developed and manufactured under tight time constraints. TopSolid’Cam ensures that the NC programs for turning and milling are generated twice as quickly as before. 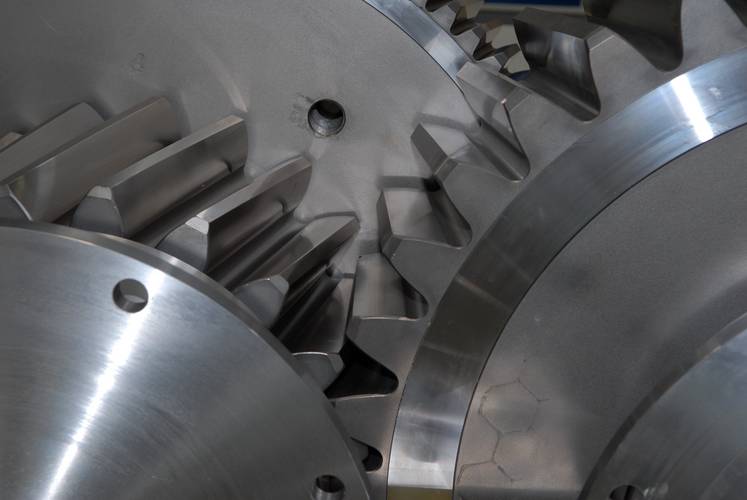 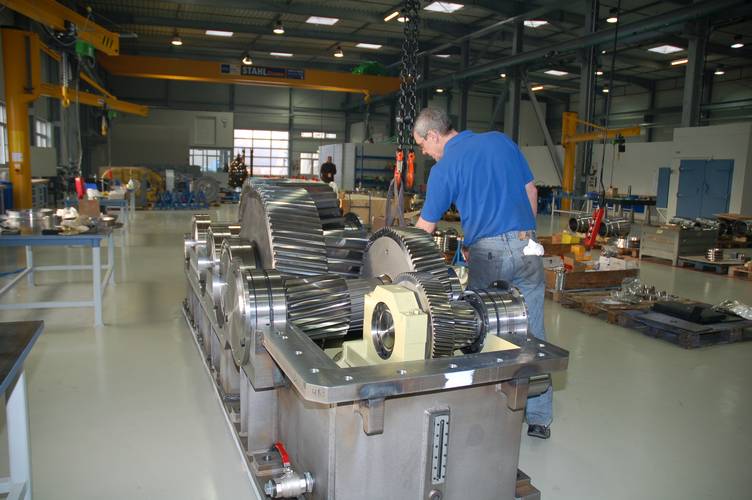 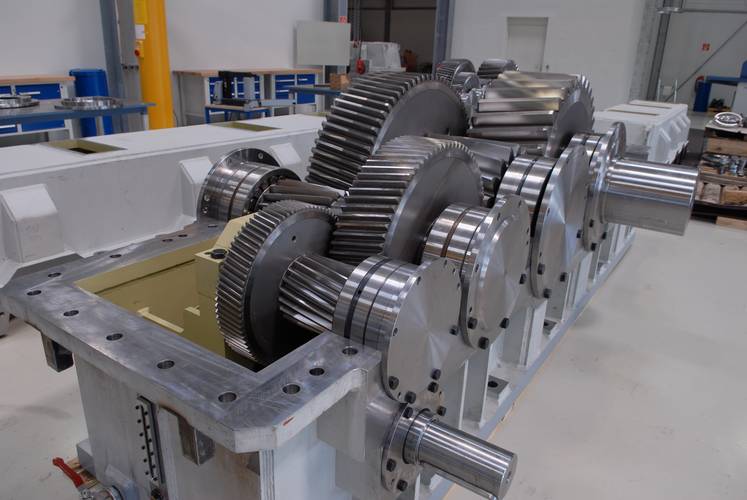 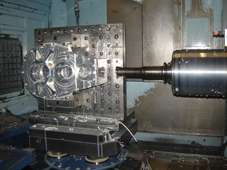 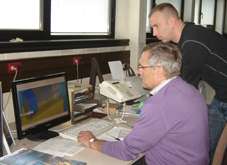 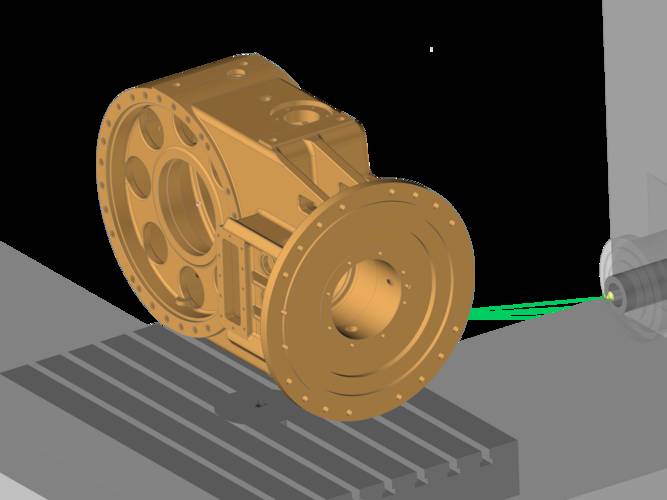 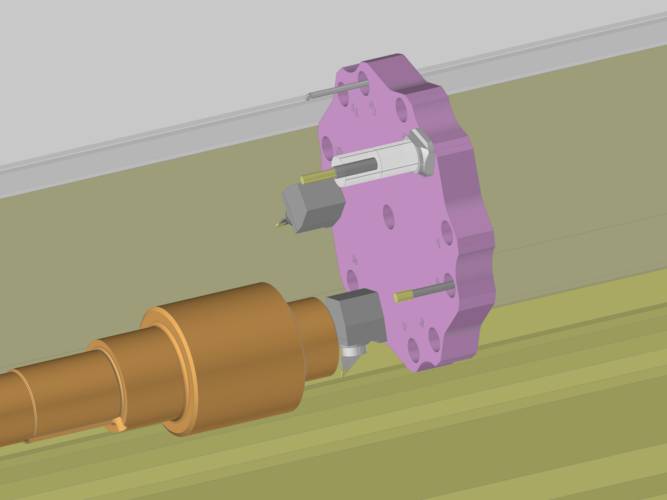 Wolfgang Preinfalk GmbH was founded more than 30 years ago in Sulzbach and is today based in nearby St. Ingbert, where the medium-sized company moved in 2008 into new factory premises. Previously, the company mainly manufactured gearboxes and drive systems for the mining industry. Although mining continues to be a major source of its income, Preinfalk today does more than a third of its business in transmission technology for wind farms and hydraulic power plants, an example being the pitch gears used to adjust the blades on wind turbines. A further line of activity is the manufacturing of lifting gears for crane systems in power stations, which are subject to particular test conditions on account of the stringent safety requirements. The Saarland-based company also manufactures gear components for the diesel engines of MAN, pumps for Oerlikon Barmag and machines and equipment for other major customers.

Preinfalk hardly ever develops what might be called standard products, even if the transmission casings may tend to look identical. Normally, the gearboxes are tailored in regard to size, gear reduction and other parameters specifically for the customer or the customer's application, and are also only manufactured in batches of just two or three units. Unit volumes of ten practically constitute mass production and, as Thomas Decker, site manager, says: "Our greatest challenge is the immense time pressure under which we need to transform customer requirements into a manufactured product. Previously, we might have had three months to do this; today the cycle times are between six and eight weeks. Frequently, the customer prescribes the precise delivery deadline, because the transmission needs to be shipped on a particular date. If we can't deliver on time, someone else gets the job."

In order to be able to react quickly and flexibly to customer requirements, the company has not reduced its manufacturing capacities in recent years; it has in fact extended them. The machine pool currently comprises five slant bed, two flatbed and four vertical lathes, along with five milling centres from various manufacturers, equipped with various controllers, and numerous special machines for the grinding of the gear wheels: "We master all processes, from turning and milling the cogs through hardening to hard turning and tooth flank grinding. Our many years of experience in the hardening of gear wheels of various forms and sizes enable us to design and rough-mill the wheels geometrically identically, so that they can be fine-ground with minimum time expenditure and maximum quality," says Mr. Decker, highlighting one of the strengths of the company.

For a manufacturing company that produces customer-specific components in small batch sizes, fast and reliable NC programming plays a key role in its success. "We currently have 30 gearboxes in production, which means that there are around 600 manufacturing tasks running simultaneously, all of which need to be coordinated," says Mr. Decker. "Because of the economic crisis, the programming effort has increased somewhat, since we are again manufacturing many parts in-house, which we previously subcontracted for capacity reasons." Two employees feed the turning and milling machines, which normally run continually with NC programs in three-shift operation.

NC programming for a long time constituted the bottleneck in manufacturing. In late 2002, Preinfalk introduced a new 3D-CAD system into its design, yet which had no CAM module of its own, so that the NC programmers had to take recourse to an additional application. Acquiring this software could even be said to constitute, in terms of speed and integration, a retrograde step compared to the old 2D application that was being replaced, as Mr. Decker laments: "For one thing, it offered no visual control possibilities, which made the CAM programming all the harder. For another thing, the finished NC programs were anything but transparent for the machine operators, which meant that lots of subsequent machining was required, all adding to the running-in times. The main problem, however, was that the system supplier did not understand our requirements."

In late 2007, Preinfalk therefore went out to find an alternative. Following a short selection phase and visits to various reference customers, the CAM programmers opted to switch to TopSolid’Cam software. In Ulrich Alt from the WeSt Company, a TopSolid’Cam reseller in Germany, they found a competent interlocutor who offered optimal support in linking up the machine tool to the new CAM solution. The Missler Software sales partner programmed all post-processors for the various machines, including a lathe with driven tools and a boring machine with facing slide. "Ulrich Alt implemented our requirements extremely quickly and in close dialogue with the machine operators, all of which aided acceptance of the solution enormously," says Mr. Decker, in admiration.

Both CAM programmers were trained for three days each on the CAD and CAM functions of the system, and developed their know-how in depth by modelling the machines and tools in 3D. Realistic mapping of the machine environment is in fact a prerequisite for being able to simulate reliably the machining of the work pieces with TopSolid’Cam. "After training, we were quickly able to work independently and productively with the software," says CAM programmer, Arno Büch. Thanks to the excellent support from WeSt, the transition ran without a hitch, as Mr. Decker confirms: "The matter was resolved after 6 to 8 weeks, so that we no longer needed to turn to the old software any more." If they have any questions or problems, the operators can call WeSt support at any time, which provides further help via telephone or online via Netviewer within 24 hours. In the course of the introduction of TopSolid’Cam, Preinfalk defined fixed work processes with specific standard tools, in order to ensure greater uniformity in the machining, independently of the machines. The tools are administered using the TopSolid’Tool integrated database, whereby only the turning tools with holders have been modelled with geometric precision. For the milling and boring tools, a simplified representation is normally used, albeit with the correct parameters and cutting values. In this way, the tool list from TopSolid’Tool can be transferred to the tool presetter in order to match the nominal and actual values and load the corrected values in the machine upon calling up the NC programs via the DNC system.

TopSolid’Cam is distinguished from other CAM systems by the fact that operators program the milling or turning machining directly in the machine environment. To this end, they normally define their blank by enclosing the geometry of the finished part in a solid or applying a tolerance and clamping the blank to the virtual machine bed. The blank geometry is automatically tracked according to the calculation of the tool paths so that operators can always see the current machining status and encompass the component without having to rework the geometry. "This is a major advantage compared to the earlier system," stresses Arno Büch. "The reworking of the blank took an enormous amount of time."

The CAM programmers receive the finished part geometry from design normally as a STEP file and prepare it for manufacturing in TopSolid’Cam, by integrating tolerances by means of the definition of a positive or negative allowance. Missler Software offers them, among other things, high-performance functions for feature recognition, with which they can, for example, identify the bores in a transmission casing and assign to them predefined machining cycles. "We can also simply duplicate the machining of a particular geometry and apply it to a similar contour, a feature that we often make use of," explains Mr. Büch.

Also of great help is the geometry comparison function, by means of which it is possible to reproduce design changes more quickly in the CAM models or the machining programs based on them. It indeed occurs frequently at Preinfalk that components for which the NC programs have been generated still need to be modified. "For individual components, the geometry comparison works well," says Mr. Büch, "yet this not yet quite the case for welding designs, since in principle this involves subassemblies. For this, we often model the changes directly in TopSolid."

One of the strengths of the new solution is the possibility of visualizing the complete machining on the computer and thereby being able to recognize any possible collisions between tool, holder and work piece, well upstream. The simulation of the NC programs offers rich potential for reducing running-in times, which according to Mr. Decker has not yet been fully exploited: "The confidence of the machine operators in the quality of the NC programs has grown, yet there are still too many unnecessary interventions required in the NC code." This means that employees are required to optimize the NC programs and store them in the WinTool NC administration system from Datos, in order to be able to reuse them for subsequent jobs or for manufacturing spare parts.

The advantages of TopSolid’Cam are currently most apparent in the NC programming. According to the estimations of Arno Büch, the programming time has been at least halved compared to the earlier system, and this derives not only from the more user-friendly functions and automation features of TopSolid’Cam, but also from the fact that the effort expended on the maintenance of the NC programs has been dramatically reduced. The post-processed programs are more transparently structured and easier to understand: "We are both capable of reading the NC code for the various controls and of seeing, for example, whether or not the machine runs collision-free to the tool change," says Mr. Büch.

From the perspective of site boss, Thomas Decker, the greatest advantage of the new system is the increased flexibility in the utilisation of the machine pool: "We have the possibility of switching an NC program quickly to another machine, if the cost centre is already at full capacity. This would have been impossible with the earlier system, since it would have taken far too long. TopSolid’Cam is so user-friendly and rapid, that we sometimes prepare long running parts such as housings simultaneously for various machines, and can therefore plan ahead with great flexibility."

Without this flexibility in the use of manufacturing resources, Preinfalk would scarcely be in a position to guarantee to customers delivery times of between six and eight weeks. In this respect, TopSolid’Cam makes an important contribution to improving the company's competitiveness. At the same time, its versatility opens up new perspectives to operators, with regard to combined milling-turning or bore-milling machining. In this way, for example, planetary gears can be milled in a single pass and given a hole pattern. "We also plan at some time to venture into 5-axis machining, in order to be able to manufacture still more in-house," says Mr. Decker. "With TopSolid’Cam we are well equipped for this challenge, too."