In 2010, Montupet opened a product machining process development unit in Laigneville, France, in order to optimize the production of cylinder heads and other foundry parts for the automotive industry. The young team, which has grown from two to ten people in the meantime, opted for Missler Software as the ideal partner to rationalize the processes in the group’s factories. TopSolid’s CAD and CAM functionality is used to systematize the machining processes and to precisely document each one of them. 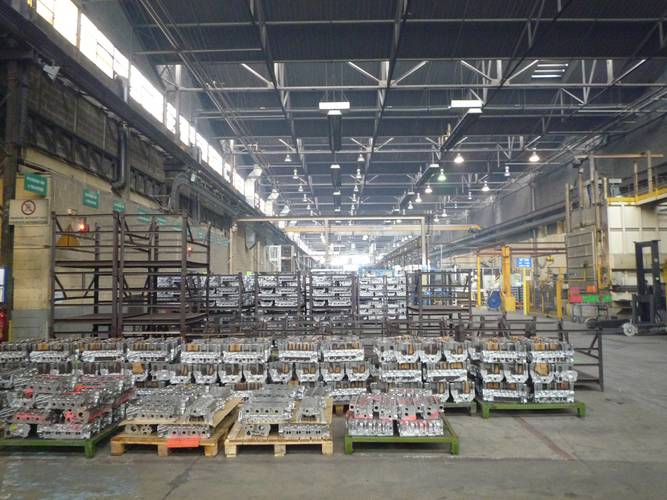 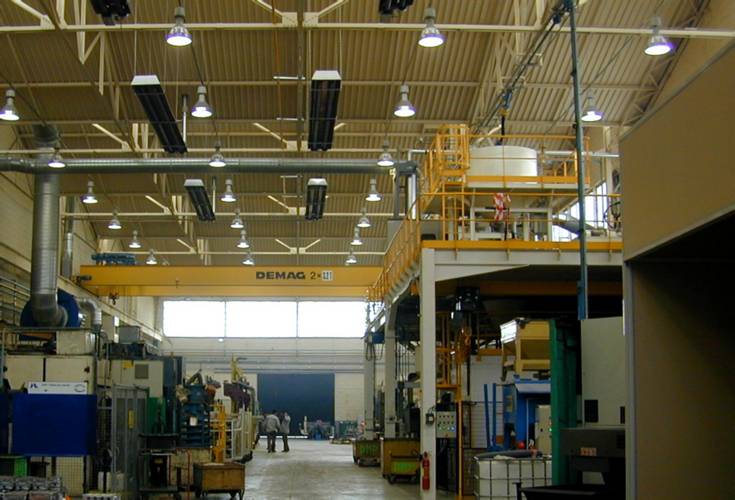 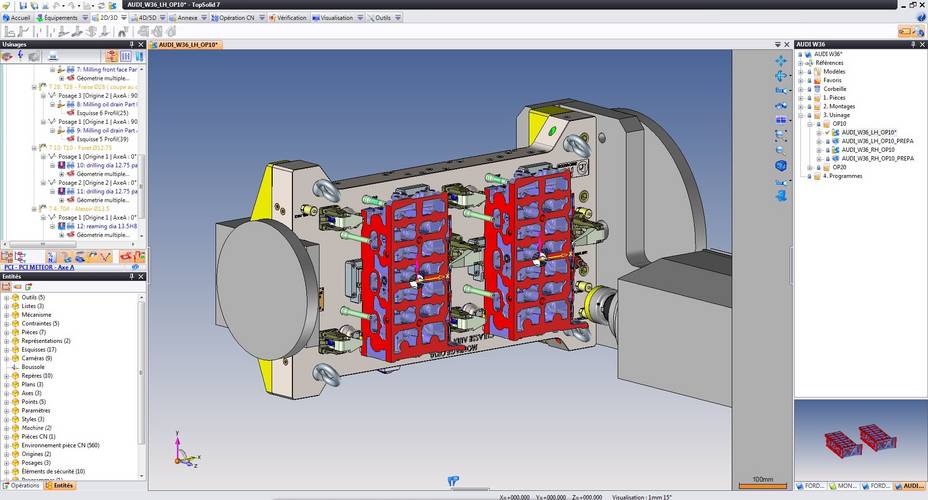 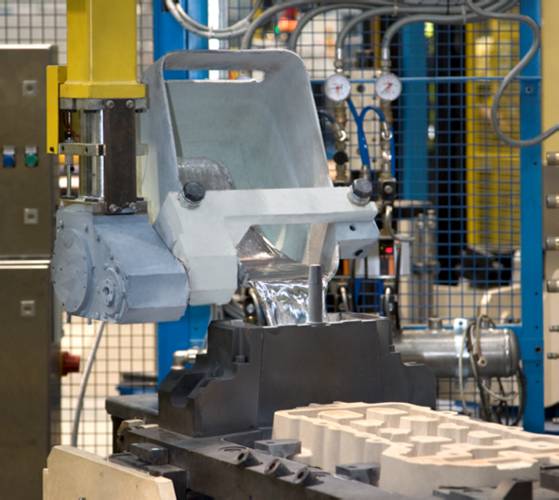 “Shortening a machining process by 30 seconds, means buying one machine less”, explains Arnaud Crolet, the Montupet group’s Product Machining Process Manager. Not only in the plant in Laigneville, France, where his team works, but also in the group’s other factories in Châteauroux, France, in Spain, Ireland, Mexico and Bulgaria, where the same maxim has been driving the rationalization of processes since 2010 by a team of young professionals, who are well versed in both computing and CAD/CAM software. The Montupet group supplies aluminum parts, including 4.5 million cylinder heads per year, to numerous carmakers. Since the cylinder head is the part of a car engine that works the hardest, it demands top quality foundry products every time. Every part is inspected when it leaves the foundry and once it has been machined. In the pre-machining process, the rough parts are prepared for the next steps in the customer's factory, and certain foundry faults are also revealed.

So the Product Machining Process unit faces a number of challenges: defining the fastest possible machining processes to save programming time and harmonize the production methods group-wide, documenting the corresponding procedures, programs, machines and tools, using any foundry defects that are detected to fine-tune the upstream processes, etc. A complete development center, equipped with resources close to those used in series production, was set up to produce prototype castings that are used to fine-tune the processes on the one hand, and to machine the parts as closely to the situation on the actual production line as possible. A €550,000 investment in a PCI machining center and CAM software, intended to integrate and capitalize on its know-how in machining, that illustrates the Montupet group’s intention to develop this department to the benefit of its three core activities: core-making, molding and machining.

At the end of 2011, the developers started using the capacities of Missler Software’s TopSolid 7 to orchestrate the production plants, manufacturing teams and the targets. “They were amongst the first to use this new generation”, explains the group Chairman and CEO, Christian Arber, with pride. Every item – parts, machines, special tools – was modeled, numerous machining programs were reworked, the various machining actions were systematized and every one of them has been entered in a machining database of building blocks that can be used immediately to build future programs quickly and easily. TopSolid also produces the associated documentation, so that the complete manufacturing guide of a process can be shipped to the factory to build tutorials in French and English, along with videos that make it easier to train the production teams in the new procedures. Once the efforts to capitalize on materials and cutting conditions were over, including the generation of the tool paths and collision detection, the team focused on the qualification of the tools/materials pairs using the new functionality in TopSolid 7. “It is quite rare for a production engineering office to exploit the potential of software to this degree. This team uses TopSolid from A to Z for R&D!”, insists Christian Arber. To the extent that, the company's partners developed a specific method to view and handle complex computerized models of cylinder heads, with some 25,000 facets, as if they were simple parts. The impacts of all this work were soon felt. “Every year, we raise about 30 quotes, around seven of which are accepted. Precise quotes are very important and the machining cycle counts for a lot”, explains Arnaud Crolet.

“We automate everything that can be automated. In this way, our developers can concentrate on the essentials,” sums up CAM Manager, Yann Dodin. This was how the team used the link between TopSolid and Excel to automatically create machining assemblies. The developer enters the positions and dimensions of the functional supporting points in Excel. Since the assembly parts are standardized, TopSolid can generate the assembly. All these automated processes, in particular by post-processor, have another practical consequence. “The programs, and in particular cycle repeats, are easier to manage, because we now proceed in the same way everywhere.” And it doesn’t stop there. The next steps consist of deploying this method in the factories in Bulgaria, of sharing all the group’s data in a single, secure PDM Server, of continuing to capitalize on existing processes through reverse engineering, etc. Another R&D project consists of using TopSolid to generate tool paths or geometries that will limit burring in machining by coupling an algorithm to the software. The team is eagerly looking forward to the version due in March 2014, which will display the machining paths in the process data sheets. Finally, the forecasting and automation capacities of this very “4.0” production engineering office will soon be enhanced by an independent machining simulation software application. Machining can look forward to a bright future at Montupet!