On a growth curve - Lufratech banks on quality and customer service – and on the right tools. 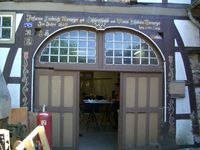 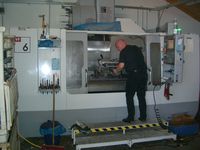 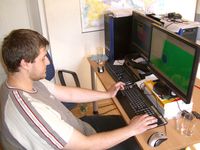 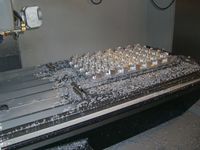 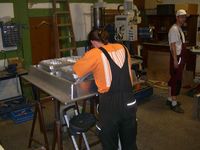 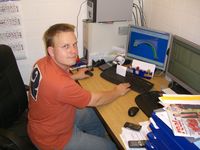 "I’m sorry, there isn’t a lot of room here,” says Rainer Ludwig, one of the bosses of Lufratech GmbH & Co. KG as he welcomes us. The young company designs and manufactures prototypes and mass-produced tools for plastic forming as well as, for some time now, prototype tools for sheet metal forming. The company is situated in an old farm in Bad Essen.

There is certainly no shortage of things to do. Customers include notable automotive suppliers in the surrounding region who have been won over by the firm’s quality and flexibility. “To date I haven't really done any real prospection in the field and yet we get plenty of work coming in,” says Mr. Ludwig. He founded the company two years ago with a partner, and today he and Jürgen Schneider are joint managing directors. “Mr. Schneider is responsible for tool design, and we take care of the NC programming and machining.” For the machining, two Haas machining centres are currently used, with a smaller, third one soon to be deployed. For the design and programming, Lufratech uses TopSolid from Missler Software. In all, there are 4 TopSolid'Cam workstations with the 5-axis modules.

“At the time,” says Mr. Ludwig, “the decision fell relatively quickly. The system with which I had worked in my previous job certainly offered everything that we needed, but it was surface-based and, in any case, unaffordable for a new company just starting up”. Once they had been in touch with WeSt GmbH from Sulzbach, a long-term Missler Software sales partner, TopSolid appeared the perfect solution for the design and programming of up to five simultaneous axes when milling. “It all had to be fairly rushed and I hadn’t done much preparation," says Ulrich Alt, managing director of WeSt, as he recalls the TopSolid presentation. “To be honest, I was quite surprised at how fast Lufratech made their decision.” Mr. Ludwig says of this: “WeSt’s prompt reactivity and the ability to react so swiftly with a post-processor on our machines, allowing us to get started so quickly, really impressed me.”

Now, Lufratech have four employees working with the TopSolid software, some of whom are self-trained. Without TopSolid, work here would be inconceivable, and so it is likely to remain in the future: “Sure, from our point of view one or two things could be improved, and there is no denying that we occasionally have difficulties with the software. With the pressure of deadlines in our line of business, things like that are always bad for the nerves, but in our collaboration with WeSt we have to date always managed to find a solution that has brought satisfaction. In my opinion there is no point in even considering an alternative." Ulrich Alt adds with a smile: “At first I thought about changing my mobile phone number, but since then I have been very impressed by what Lufratech has set up here."

Maurice Dieckmeyer has worked since 01/12/2007 at Lufratech. The skilled metalworker had previously had no experience with CAD/CAM software. “I am sure that I only use a tiny proportion of the functions that TopSolid has to offer, and there are loads of icons that I don’t know the meaning of.” Nevertheless, he is able to handle complex forms and tools, from programming, preparation and cutting through to machining. “I find it fascinating to see how the form that was previously only there in the computer is gradually machined into the raw block." “The machining of three-dimensional shapes may not be new technology, but it is nevertheless the bread-and-butter functionality that many of our customers – including Lufratech – depend on, and it needs to be easy to operate and reliable. Despite all the marketing and the new technology, this should always be borne in mind," Ulrich Alt goes on to say.

Rainer Ludwig has plans: he is looking to add a separate, large 5-axis machining centre for final machining of the formed plastic parts themselves, and he also gives the impression that still further application possibilities might yet occur to him for such a machine. The space required for this may be found in a planned relocation to a neighbouring site. According to Mr. Ludwig, a decision about this will shortly be made. The business with prototype parts in sheet metal for the automotive industry is also proceeding surprisingly well. “This is a new market for us, and from our initial experiences it would appear to be a very promising one,” says Mr. Ludwig. “We have the machinery pool, the personnel and the experience that the industry is looking for.”

He then adds, as he walks away: “And the suitable software, too. I’d better get back to doing some designing now.”