When jobs really need to be done quickly and cost-effectively. 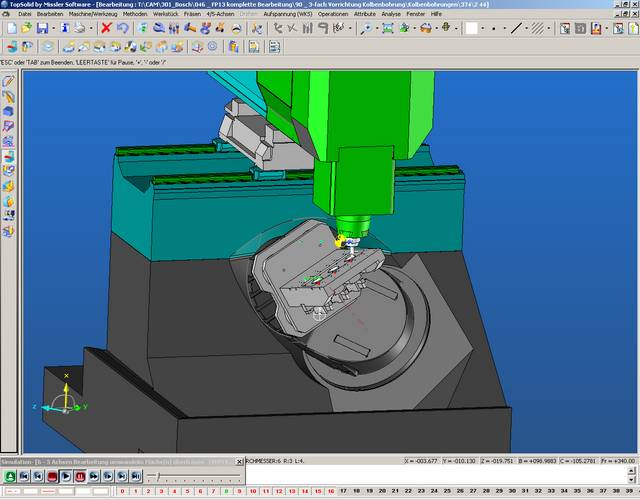 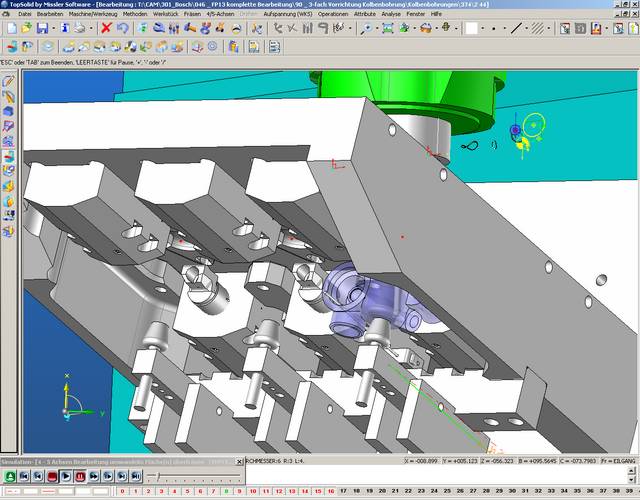 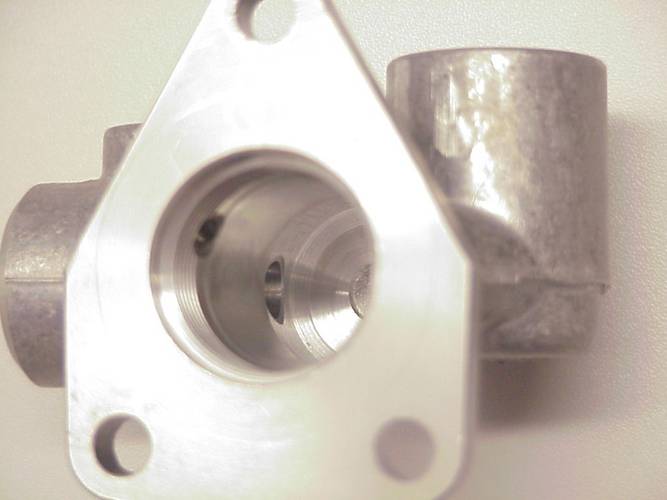 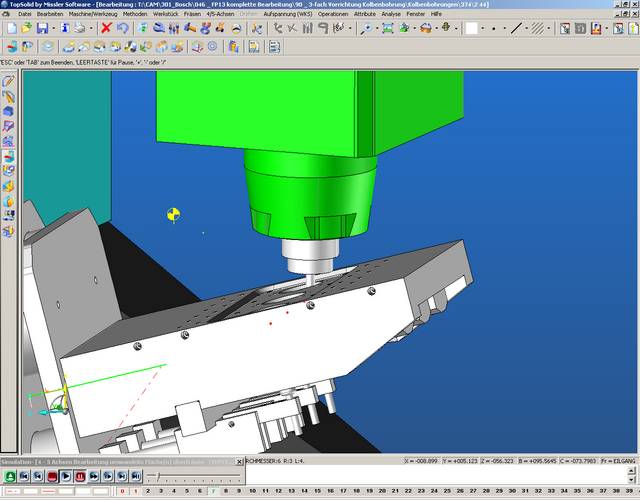 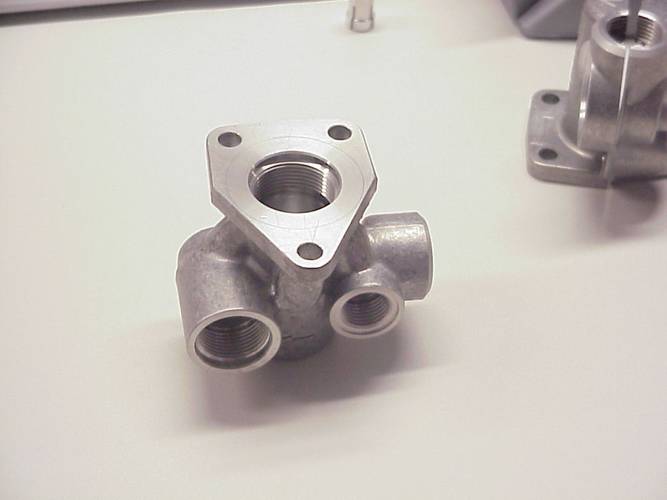 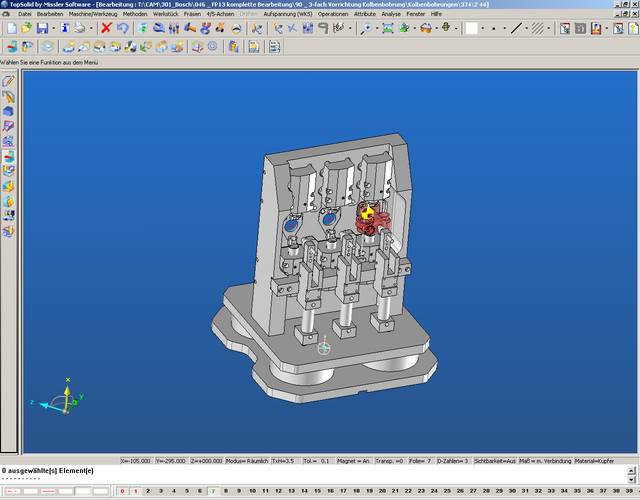 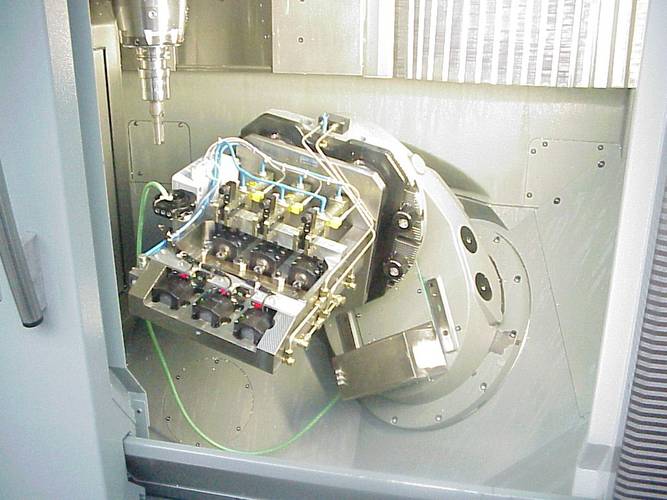 kmb Metalltechnik GmbH in Vorchdorf has been able to profit straight away - and in so many ways - from the use of TopSolid’Cam. Demonstrably shorter tooling times, elimination of the risk of machine collision and cost savings in toolmaking are three convincing arguments to strengthen kmb's conviction that they made the right decision in their choice of a CAM solution.

kmb Metalltechnik GmbH, founded in 1987 by Hermann Kempinger, is a typical, successful, medium-sized, Austrian manufacturing company working in partnership with the automotive supply industry. In the last five years alone, the company headcount has more than doubled from 60 to 130. The company machines and supplies prototype, pre-production and serial production milled, turned, stamped and flexible parts for automotive suppliers and the electronics industry.

Through its in-house mechanical manufacturing, a state-of-the-art machine pool and comprehensive QA processes, the timely delivery of top-quality components is ensured, with manufacturing costs also being consistently taken into account. Efficient production begins with tooling and toolmaking. Last but not least, the production price is also determined by the fixturing system design. In-house design and toolmaking are the guarantors of efficient solutions. In the company's own production development, machining and mounting solutions are conceived for the most cost-effective volume production.

Two kmb employees working in NC programming are responsible for the development of programs for tooling and for serial production. Up until 2006, however, there was still significant potential for optimisation in this area. The CAM solution in use at the time was out-of-date and did not, for example, offer the possibility of simultaneous milling. This meant that machine tooling had to be programmed directly on the machine, which proved extremely inefficient in the case of recurrent parts. The machine downtime resulting from this, in the light of the extremely healthy state of the company's order books, became increasingly unacceptable. The turnaround times on machines had to be shortened in order to ensure that job deadlines could be met.

For all these reasons, therefore, it was decided that a new CAM solution was required, and three vendors were invited to give their presentation. Along with TopSolid’Cam from Techsoft (TopSolid reseller in Austria), another tool was shortlisted, and was the first to be tested under practical conditions for two months. However, it turned out that this solution did not satisfy the requirements of kmb Metalltechnik. It was then the turn of TopSolid’Cam to undergo the most rigorous of testing.

“Nothing can beat testing in real-life conditions: working on concrete jobs taken from the daily working routine”, explains Thomas Geigenberger, CAM manager at kmb Metalltechnik. “This soon sorts out the wheat from the chaff.”

During the four-month test period, in the course of which both employees concerned received training in their job-specific requirements and the initial postprocessor adaptations for the milling machines were implemented, 3-axis and 5-axis milling along with TopSolid’Cam 5-axis simultaneous milling came into operation. Four complete tool jigs, consisting of some 70 individual parts, were manufactured, and the results proved conclusive for the kmb operatives. Two months after the end of the test phase, full production kicked in.

“TopSolid'Cam is a comprehensive program offering for milling alone a whole host of possibilities, while remaining around 20% more cost-effective than competitive products, but that is not all,” says Mr. Geigenberger, in summing up his experiences. “A short time after productive deployment began, the cost benefits were already quite apparent.”

A 3D model serves as the basis for most of the jobs. The team analyses in terms of design and manufacture all the possible machining strategies, the type of rigging and the choice of tools. As soon as the required jig has been designed, it is programmed in all its details in TopSolid'Cam and then manufactured in the company's own tool shop. At the same time, the program is developed for serial production. This is followed by preproduction and then - following sampling and acceptance testing - serial production.

“Whereas in the past we continually encountered collisions and problems with the tool holders, to the point where the tool might be destroyed, we no longer have any such problems since we started using TopSolid’Cam. You see the machine on the screen in 3D and you can carry out collision checks directly online,” Mr. Geigenberger says. “At the same time, we have got faster in the NC programming of the jigs. I estimate that we are able to get through a third more jobs than we could before.”

And it is not only the programming that has got faster. Tooling times on the machines are also considerably shortened thanks to TopSolid’Cam programming. Even at the most conservative of estimates, the company saves 100 hours of machine downtime, equating to costs amounting to approximately €7000, per half year!

“Since production start-up, we have in the last six months constructed 10 jigs with approximately 200 individual parts. The time spent on programming on the machine used to be between half an hour and a full day per part. Taking that minimum figure as a basis - 200 x 1/2 hour therefore - this already gives 100 hours in this six-month period,” says Mr. Geigenberger, calculating the savings made.

In addition to all this, TopSolid’Cam also offers the benefits of new milling possibilities in serial production, too. Complex jigs with lots of free-form surfaces no longer have to be cast in resin but can be milled directly in 3D. The jigs prove more durable, leading to further cost savings in serial production.

Optimising potential to the max in conjunction with TECHSOFT

On the strength of the positive experiences from the collaboration to date with TECHSOFT, kmb is now working in close cooperation with the Linz-based company on the further improvement of its manufacturing processes. Milling with TopSolid’Cam was just the first step towards optimisation of its NC programming. The iFactory iDNC from TECHSOFT has already been successfully tested for the extensive automation of the link between the CAM system and the machine. Existing NC programs are easier to find, expensive multiple programming is avoided, and machine-specific settings and tool information do not have to be entered over and over again from scratch. The next step will involve programming lathes and measuring devices using TopSolid’Cam.