The hardest part is getting started? – At Kalcher it isn't! Founded in 1971 in Traunstein, Bavaria, the mechanical engineering company, Kalcher Maschinenbau GmbH, has enjoyed constant growth since day one. Initially focusing its activity on handy baking machines, developed by the then boss, Mr Kalcher, in collaboration with regional bakers, it began to concentrate on larger and more complex machines as the order books continued to swell 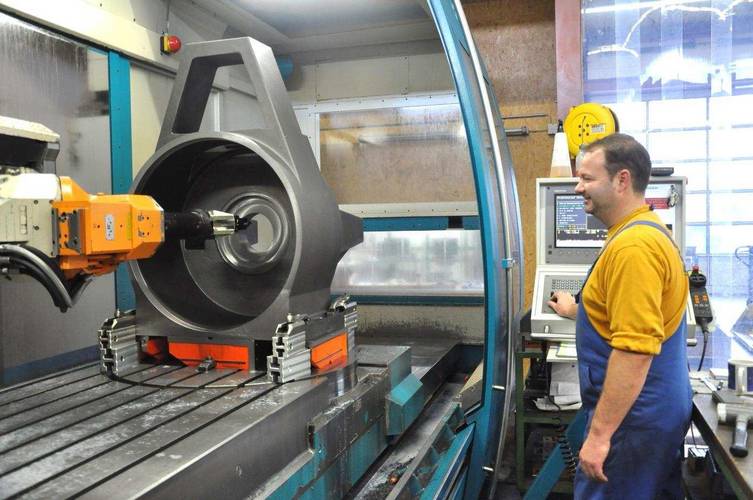 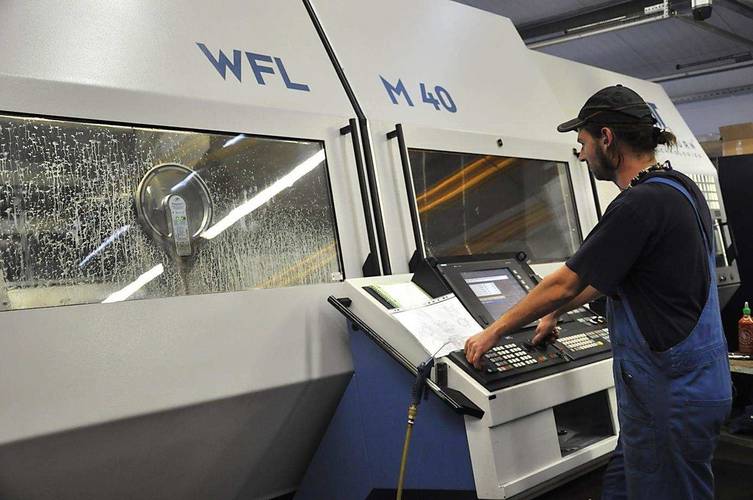 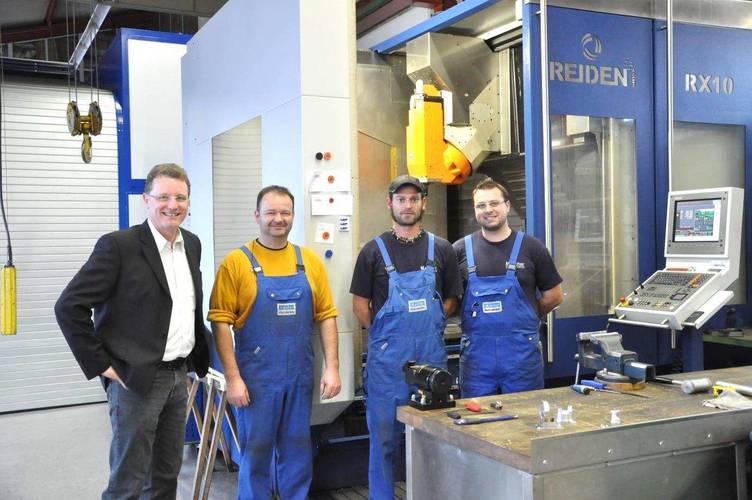 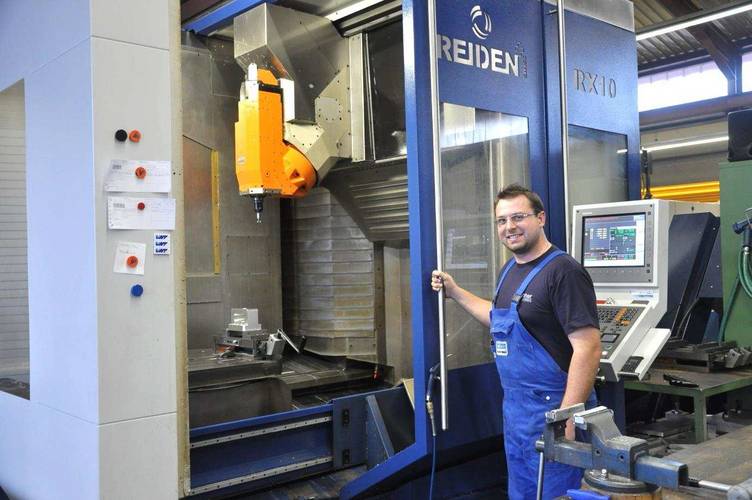 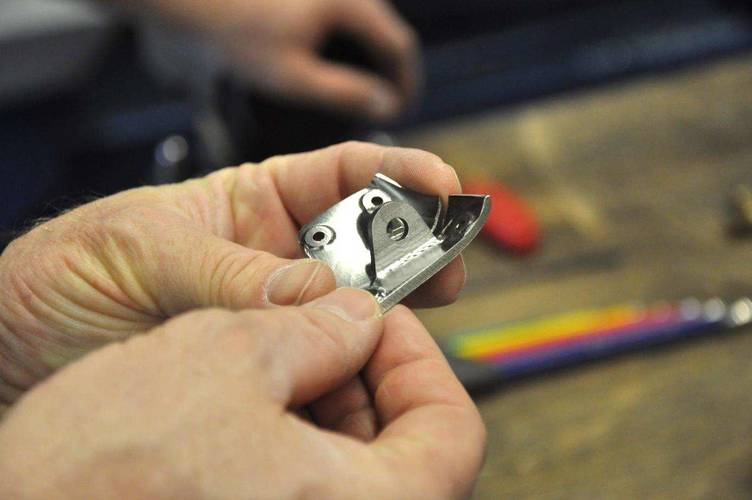 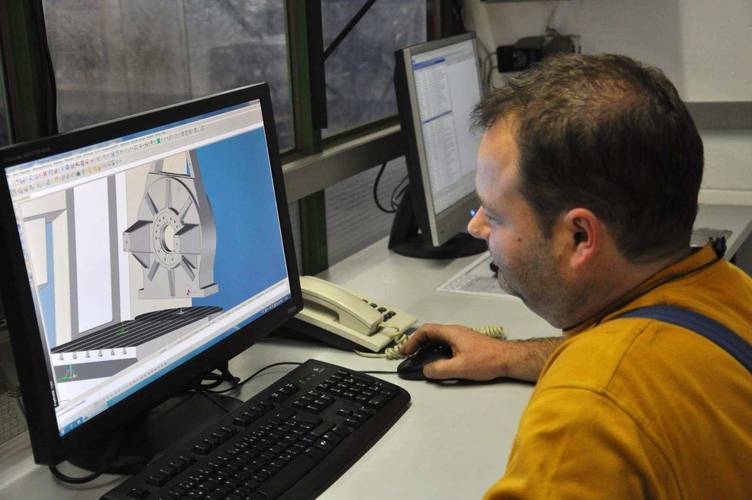 New customers were rapidly won over, leading as early as 1982 to the procurement of the first NC-controlled machine. Until the introduction of TopSolid in 2008, machining and was done with smaller programming systems and a lot of the programming had to be done manually. Rupert Steiner, a company employee, had already been running the company since 1998, formally taking it over three years later. "I ran the business initially for three years in order to find out whether I was up to it and whether it worked! It turned out that I was able to win over some illustrious and interesting new customers," says Rupert Steiner with regard to his first successes as company boss. The company's focus is not on big series production, but on the production of unique models especially manufactured according to customer requirements. For this, the batch size - i.e.: the manufactured quantity of parts and/or machines - may vary from one to two, up to a maximum of 10 units.

After purchasing a mill-turn centre, the WFL M40, in 2007, it quickly became clear that a modern CAD-CAM system was needed in order to make the most of the machine, since the existing programming system could not be used to program such a high-performance mill-turn machine. Of the many companies proposing a CAD-CAM solution, for Rupert Steiner company Moldtech stood out from the rest, providing a convincing offering not only through the quality of its integrated "TopSolid" CAD-CAM software, but also the competence of its workforce. "On our WFL we could only program simple things manually. Thanks to TopSolid, we can now also manufacture highly complex parts and cater to individual customer wishes," says Steiner. Two TopSolid workstations have been set up, from which the operators can program the Reiden machining centres as well as the WFL."

"The most important thing for me about TopSolid is the ease of operation. You get to the result quickly with no frills. Our staff is really at home with the software. This is very important to me," says company boss, Rupert Steiner. In recent years there have been a lot of changes on the market. With the transition from 2D to 3D, the parts spectrum has become far more complex and opened the way for new customers. The personnel of Kalcher Maschinenbau have needed to adapt to the new situation correspondingly. "Upon the introduction of the software in 2008, I sent my employees for training at Moldtech," says Rupert Steiner. "The training was so effective that we could practically implement the software after just a few weeks. I had four of my employees trained at Moldtech, initially on basic milling, turning and mill-turn. The final individual training in-house was then precisely tailored to our parts spectrum. The special feature of the tailor-made Moldtech training concept is the individual advancement. This allows you to improve the work processes and hence increase productivity."

Each machine operator writes his own programs

Thanks to the excellent preparation provided by Moldtech, at Kalcher a principle applies which is not possible in many other companies: here, external CAD data is quickly imported and each machine operator writes his own programs on the programming system and is able therefore to work independently of the others. "The person who writes the program also manufactures the part. This gives rise to far fewer errors, since the employee keeps track of the production process from the very start. The integrated stock management also enhances oversight and security when programming," says Mr Steiner. Apart from the fact that many complex parts can now be programmed, the machine potential is now comprehensively leveraged, since the fifth axis could only be fully exploited with the introduction of TopSolid, for results that pay! The order book is fuller than ever: "There are some orders that we don't even accept, since the outlay isn't worth it. We only accept them when they're also interesting for us, such as involving the cutting of complex parts." The economic crisis of 2008 passed us right by! We continue to maintain an upward curve," says Rupert Steiner.

Top sportsmen and women worldwide place their trust in the technology

The rising profile of the company and the high levels of customer satisfaction have generated a fine reputation for Kalcher Maschinenbau GmbH, reaching as far as the world of sport. Some of the world's most successful bobsleigh pilots call upon the technology of the Bavarian company, such is Russia's Alexander Jurjewitsch Subkow. The several-time world champion swears by Kalcher skids and chassis, and would not be without them in any competition. These have helped him to win many races. The Russian is not the only one to place his trust in Kalcher; the best-known German bobsled driver, Christoph Langen, is also an unconditional fan. In this regard, the specific nuances of the bobsled are always produced according to the sportsperson’s specifications and requirements with the help of TopSolid. "There are massive differences to be taken into account," says Rupert Steiner. "For every condition there are extra skid-sets: for example, the different ice temperatures, snowfall, rain, etc. We develop the skids in collaboration with the pilot and, thanks to TopSolid, implementation is then child's play. I particularly appreciate the fact that tests and modifications can be carried out really quickly. Yet ultimately what is decisive is not the material, but what is going on in the head of the pilot."

Things could not be going better for the Chieming-based company. This may also be related to current developments in southern Germany: "In my opinion, Bavaria has undergone some enormous technological developments. There has been strong growth in particular in mechanical engineering and in tool and mould manufacturing. In recent years, demand has been constantly rising. Moldtech is equipped for the future, and the market is set to continue evolving," says Klaus Spagl, Moldtech Bavaria branch manager. Rupert Steiner and his team have been active in high-end sport for more than 10 years now, and can now count many world-famous sportspeople among its customers. Hannes Arch, stunt pilot and former world championship runner-up in the Red Bull Air Race Series, has incorporated Kalcher parts in his aircraft and has enjoyed lots of success with this for many years. The Kalcher Maschinenbau Company is also a key player in motor racing. In Formula One, they are involved in the production of suspension links and adjustable rear wings, and regionally they also support, with components and material, the Formula Racing Team of Munich Technical University, where students every year develop and build their own racing car, to compete against one another in international competitions. All this would be difficult to achieve without the help of TopSolid. The software has made things so much easier at Kalcher: "The greatest advantage with TopSolid is the clear, systematic design of the software and the clarity of the layout. Once you've mastered the basics, it's easy to pick up where you left off, even if you're not sitting and programming daily at the PC," says Andreas Steiner about the easy operation of TopSolid. We can therefore anticipate with bated breath which markets the company will yet to be able to conquer with the aid of Moldtech.