"The power of TopSolid is plain to anyone who uses it. Drafting on the drawing board, or enhanced drafting using 2D software, may seem more immediate and affordable, but 3D imaging is far more impressive from a customer point of view." M. Pierric from Dabrigeon. 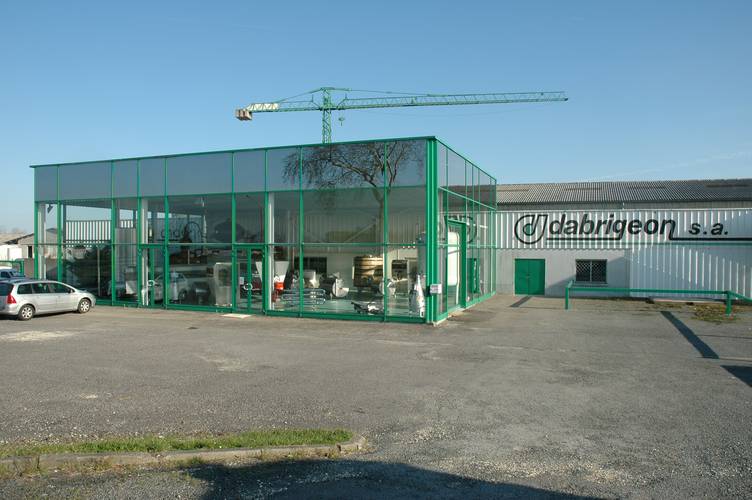 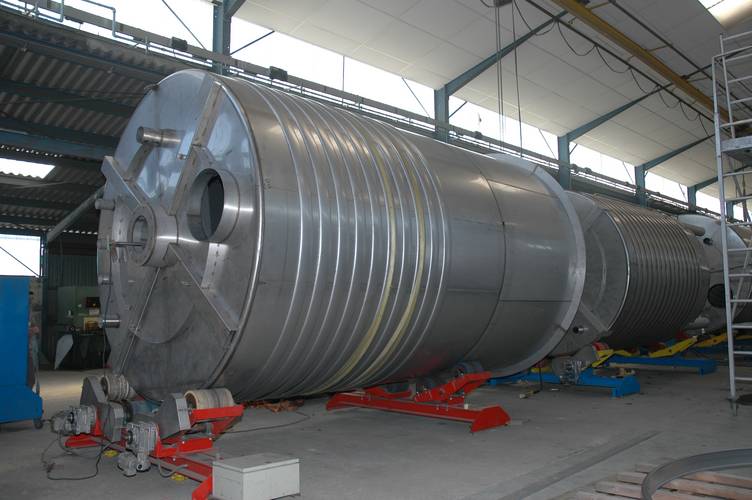 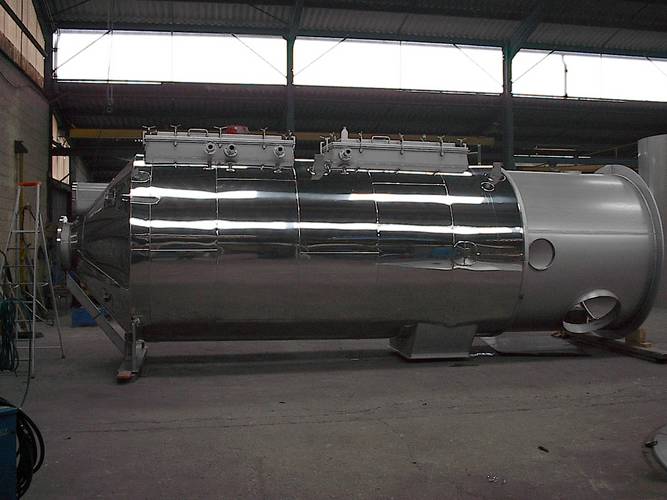 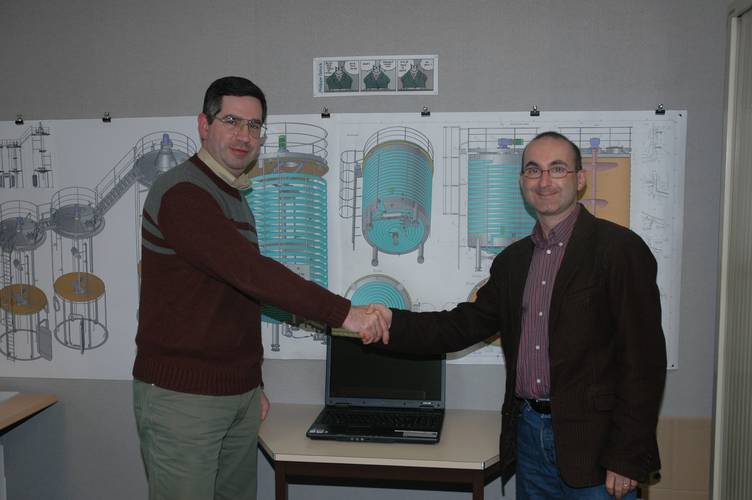 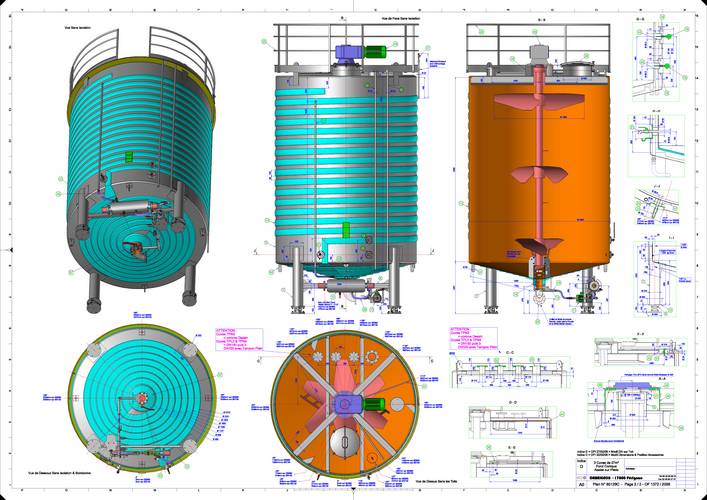 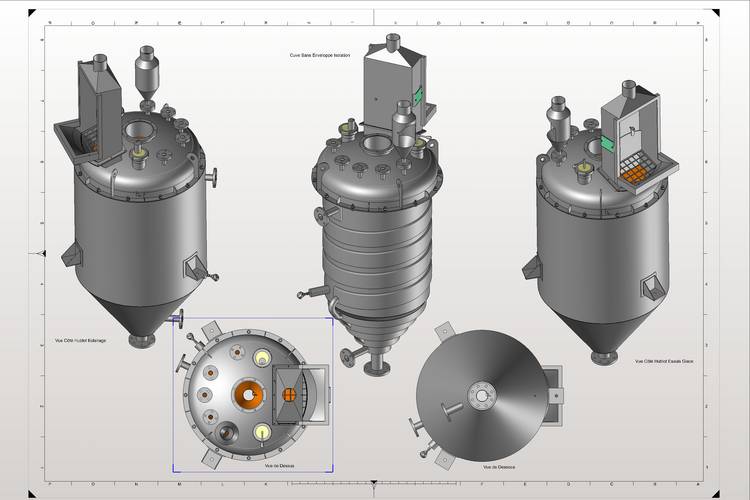 The Chalvignac company was founded early last century as a one-man business run by the eponymous Mr. Chalvignac. For a long time, the company was involved in the manufacturing of cognac stills (in deference to the region), heating appliances and sheet metal work. In 1984, the company oriented its development toward the manufacturing of stainless steel tanks for the wine-production and industrial sectors. It has continued to diversify its activity ever since, with the takeover, for example, of Sodipia, a company specializing in the manufacturing of polyester tanks, and the acquisition of CCM-Simonneau, a leading company in the production of trailers for farming and winegrowing. Both these companies are also equipped with TopSolid. In 2002, the NOV-TECH Group was created in order to unify the set of structures developed around Chalvignac SA, and which today has a headcount of over 170.

The Dabrigeon design office and TopSolid

With a multitude of product references and studies on demand to his name, Olivier Pierric is proud to display on his wall the creations he has developed using TopSolid: drawings that resemble works of art and which demonstrate the know-how of Dabrigeon. His secret? The discipline and reflection that working with TopSolid entails. “We used to have AutoCAD," he explains, "with which everything was produced in 2D once it had been defined, for better or for worse, in the mind of the designer. In 2004, when the consolidation with the other Group companies took place, we wanted to modernize our design processes. 3D offers a better solution to the ever more demanding requirements of customers, and so it became clear that we needed to move in this direction. Designing everything in 3D was no longer an aspiration, but a reality."

TopSolid was the most natural of choices, since it stands out on account of its 3D modeling and drawing functions and its possible sequencing operations. Olivier Pierric goes on to say: "3D is better able to assist us in determining and catering to our customers requirements. This is because it is visual, practically tangible. Modeling a 3D mockup offers a result that everyone can understand. The barriers of reading technical blueprints are no longer there. It is very easy to break down into sub assemblies, and the reassembly mode is foolproof, eliminating any possibility of assembly error. All that the production workshops then need are assemblies that have already been virtually run-in." It should be said that Dabrigeon exploits to the maximum the benefits of designing everything in 3D: the digital models can be sent as accompaniment to the design studies. "We deliver the 3D model in TopSolid'Viewer and/or PDF format. The prospective client then has everything he could possibly need to visualize our offer. It is eloquent and efficient."

Olivier had only a few days of training on TopSolid, whereupon he was quickly able to produce quite complex projects. "Initially I had four days of training, which I supplemented with some self-learning using tutorials and the manual, and taking the concrete needs of the company as my subject matter. Even if I am nowhere near to fully exploiting the potential of the software, I always get what I am looking for. I use TopSolid all day long." He further explains: "It is the best way of reaping the rewards of the time and effort spent in building up in-house libraries and constructing predefined assemblies."
On average, a study consists of three days modeling and two days of drafting. Any inaccuracies in the early stages of project compilation are thus readjusted and dealt with. The degree of modeling detail will depend on the needs of the workshop. The reassembly method, based on key points, seems to be the most appropriate way of working.

It should be added that almost everything is done on-the-spot: cutting, welding, sheet metal working, seal checks, quality testing, assembling accessories, etc. Only the complex parts are cut and machined externally. TopSolid’Fold takes care of folding on the basis of the 3D models. The IT files are directly sent to subcontractors for laser and flame cutting, etc. The IT exchanges also make it very easy to share models between the different companies of the Group.
Olivier Pierric tells us that: "The plans that come out of the design office also serve sometimes as a showcase of our know-how." It is certainly true that Dabrigeon, when it took part in the TopSolid Design Contest in 2007, was winner of the prize for best technical drawing.

Mr. Pierric says by way of conclusion: "The power of TopSolid is plain to anyone who uses it. Drafting on the drawing board, or enhanced drafting using 2D software, may seem more immediate and affordable, but 3D imaging is far more impressive from a customer point of view. The interconnection with other systems, the machining, the resistance analysis... all this is suited to the needs of today. Although you can make a fire by banging two bits of flint together, evolution has given us the lighter. It is up to us to decide where we stand with respect to the technology."